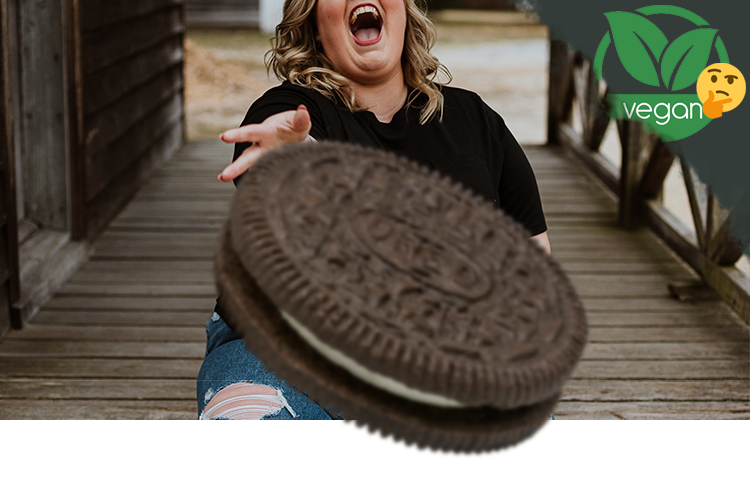 Christina went on a vegan diet a year ago. After she heard some people only ate plants and that it was easier to get full due to the large amount of fibres plants contain, the 37 years old woman went for it.

Naturally, I went online to seek help. I found this community that claims to be the most prominent vegan community of vegans globally, r/vegan on Reddit. I made a post titled “I want to lose weight, will the vegan diet help?”

In just a few minutes, I received replies about animal rights. I honestly got confused and decided I would figure it out independently.

Christina decided to follow labels in grocery stores to help determine what to eat. She figured out that because the vegan diet was so popular, shops were labelling all suitable products for the vegan diet. Very handy!

It was surprising that none of the fruits, vegetables, and legumes were labelled as suitable for the vegan diet. Maybe these plants are high in calories? I don’t know.

Christina ended up only buying processed food labelled as vegan for a year.

After a week, I started to feel horrible, but I powered through! I had given up on all diets before this one. To be honest, the food tasted amazing, so that helped a lot!

But after a year of trying, Christina gained a whopping 70kg and decided to give up.

I had to start eating meat again. The vegan diet was so unhealthy; I don’t understand what happened. People laughed at me when I said I was vegan, telling me I was only eating grass. If that’s true, grass makes you fat!

The 37 years old woman now proudly label herself as an ex-vegan, a survivor of veganism. She advocates passionately against veganism. She believes the vegan diet is a scam that makes people unhealthy and could cause severe health risks.

Marks & Spencer has announced it is establishing a healthcare department. The British retailer will open its first maternity clin...

We know what you are thinking. “Part-time vegan”, what on earth does that mean?! Don’t worry, it’s straightforward. Oatly, the plant-...