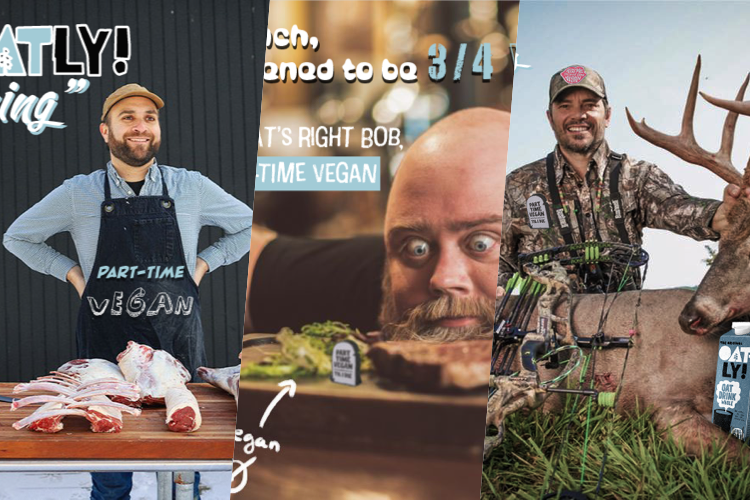 We know what you are thinking. “Part-time vegan”, what on earth does that mean?! Don’t worry, it’s straightforward. Oatly, the plant-based drink company has developed a brilliant new concept.

We all eat animal products, but we are often found not munching on a piece of meat, egg, or dairy. Right? That is the definition of a part-time: A vegan who takes breaks from being a full-time carnivore.

We have met with a few part-time vegans to share their stories. 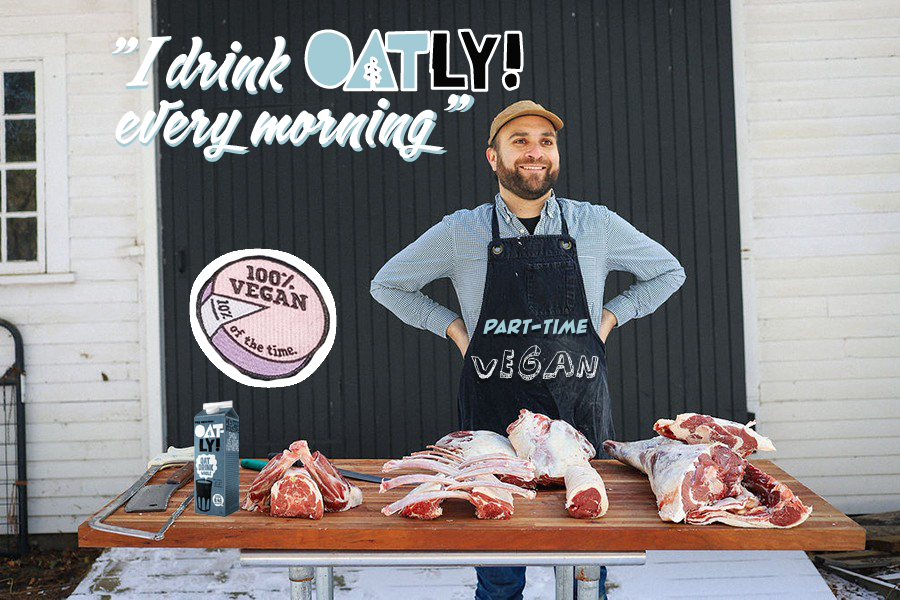 Charlie is a proud butcher. He loves chopping animals’ dead bodies into smaller pieces for a living. But every morning, Charlie is vegan.

I used to have a full-English breakfast every morning: sausages, bacon, eggs, a pint of milk. But then my GP told me my cholesterol was a bit high and recommended that I reduce my consumption of animal products. So I decided to only eat fruits, nuts and grains with some plant-based milk in the morning.

Then I came across a post from Oatly, mentioning “part-time vegan”. Then it all made sense. I AM a part-time vegan. What I eat in the morning is vegan. I’ve changed the name of my shop to “The Part-Time Vegan Butcher”. People seem to like it. It makes what I do sound more humane. 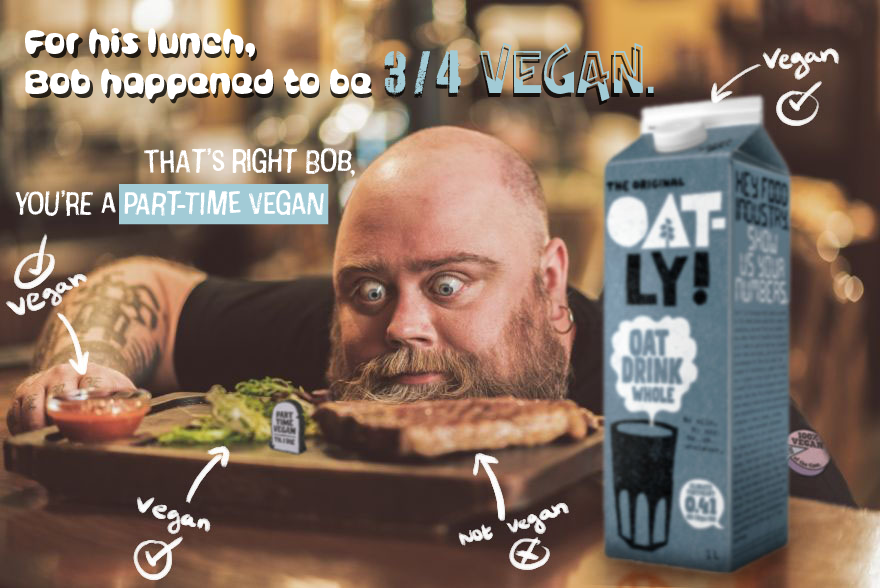 Everybody is like Bob. We don’t know it, but we often put vegan food in our mouths unknowingly. Bob shares his story.

I was at a steakhouse and ordered a giant steak. I often go there because the idea of mistakenly being served one of these fake meat scare the hell out of me. When they served the food, my eyes were drawn to the small pile of lettuce sitting next to my meat. And then it hit me like a brick: “Holy crap! That’s vegan!”. I woke up in a hospital bed. I had a stroke. 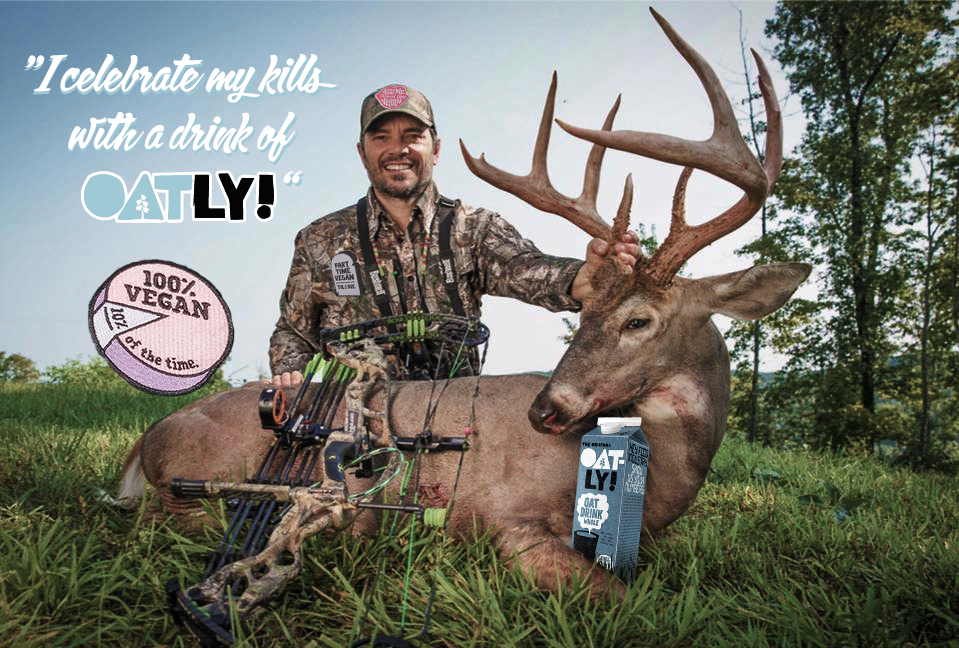 Denis is an amateur hunter. After each kill, Denis celebrates with a drink of plant-based milk, making his celebrations vegan.

I know this is controversial with my fellow vegans. Still, as a part-time vegan hunter, I avoid animal products except for the one I kill on a hunt. I might not be as extreme as other vegans, but I still think I am 90% vegan. The only time I am not vegan, it’s when I pull the trigger. But once the animal is killed, it would be a waste and frankly disrespectful not to harvest the meat and eat it.

Christina went on a vegan diet a year ago. After she heard some people only ate plants and that it was easier to get full due to the ...

Kurt Zouma received bad press early this month when he was seen abusing his cat. After the RSPCA seized his cats, the West Ham defend...