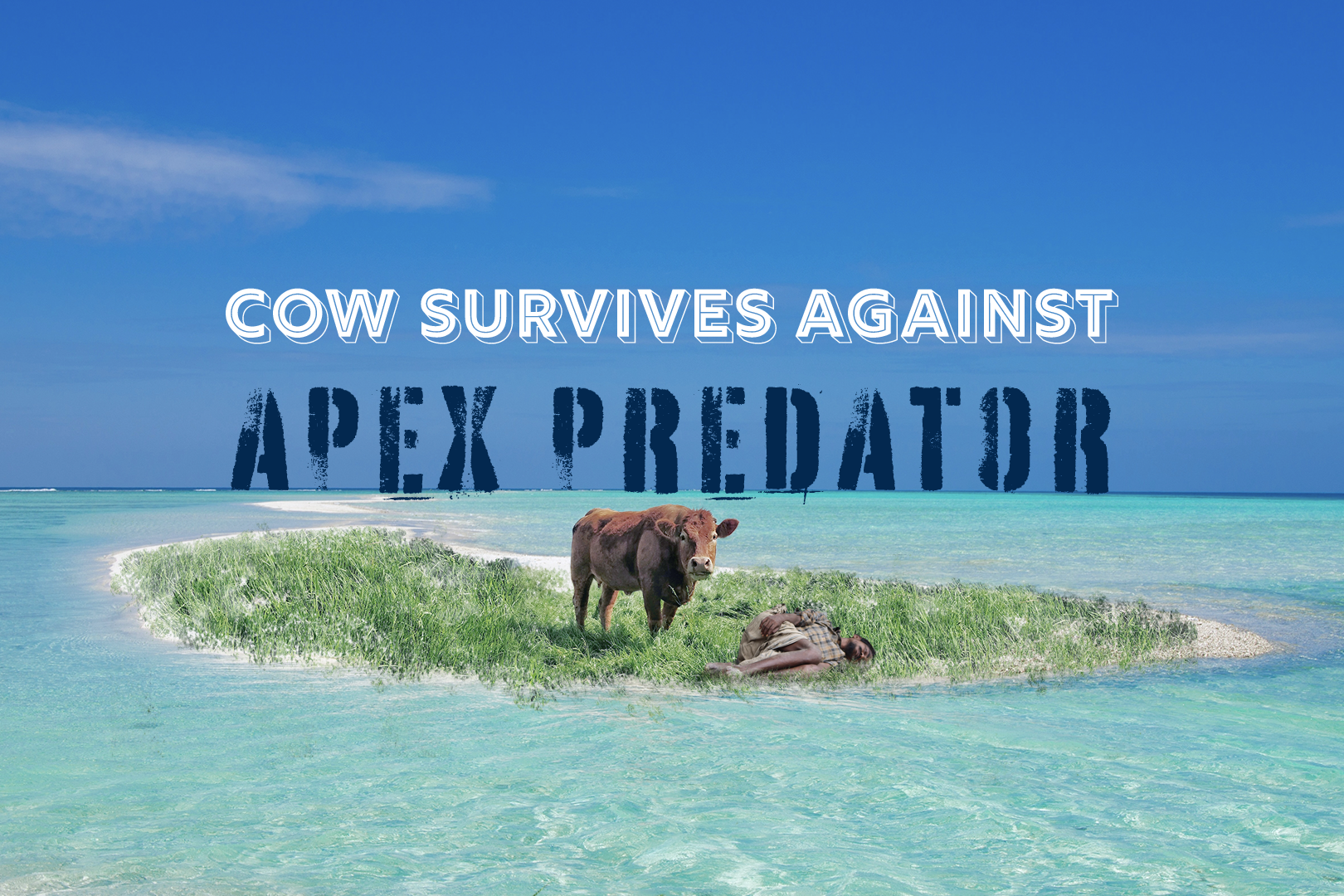 A body was found on a desert island. The body still hasn’t been identified. An autopsy has revealed that the man had tiny hairs underneath his fingernails and between his teeth.

Investigators assume that the man was starving and desperate for food. Luckily for him, he had a cow on the island with him.

Men are well known to be apex predators and sit at the top of the food chain, unmatched by other animals. Unfortunately for the unidentified man, the lack of tools meant that he only had his bare hands and teeth to rely on.

The starved man must have tried to claw the cow to death and use his canines to bite through her skin. Unfortunately, the cow was not pregnant, nor had she recently given birth, and therefore was unable to produce milk.

This story is a good reminder that a man without his tools isn’t that much of a predator after all.

There is a misconception that someone can easily recognise a true man by their size: a big man (regardless if it’s mainly fat or musc...

Burger King has announced one of their restaurants will go 100% plant-based for an entire month. It didn’t take long for meat-lovers ...