Burger King has announced one of their restaurants will go 100% plant-based for an entire month. It didn’t take long for meat-lovers to rally outside the restaurant to show their anger toward this decision.

One complaint was prevalent among all meat-eaters: restaurants can’t force veganism onto their customers. Imposing a belief system was seen as a threat to the freedom of meat-eaters to consume meat.

One of the protestors told NBN:

This move to go plant-based is part of a vegan agenda to push their beliefs onto others and dictate what we can or cannot eat. It’s a disgrace! Burger King should be ashamed. Now I will have to walk an extra minute to grab a McDonald’s on my lunch break.

When asked if a world without billions of slaughtered animals would be better, he assured us he only ate locally raised, grass-fed organic and free-range. Nut Based News is not sure yet how this is relevant.

Burger King listened to the angry customers. The fast-food giant will now sell dog and cat burgers, followed by more exotic meat later this year, in all their restaurants in a push to not impose any of their cultural beliefs onto future customers. 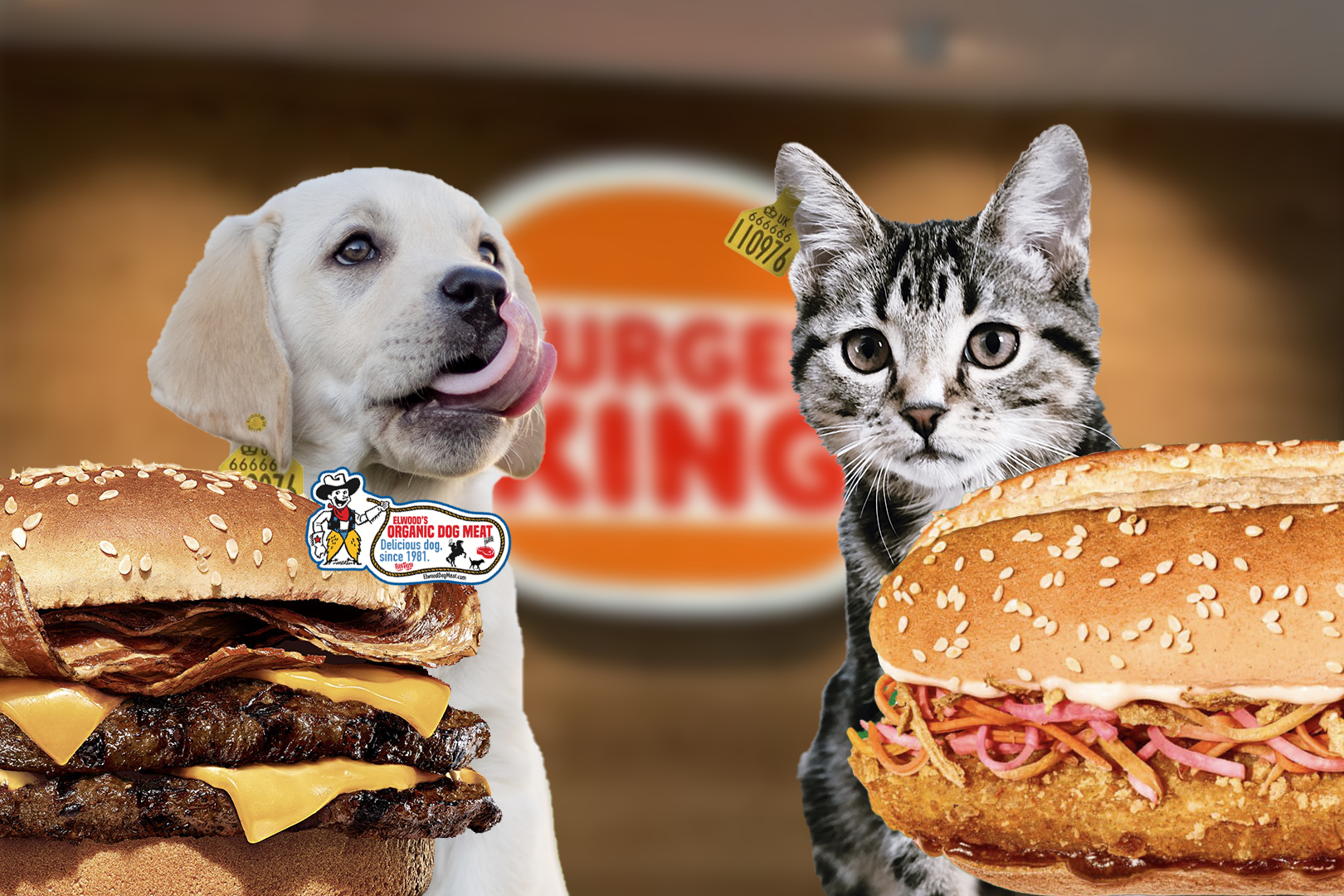 The freedom of our customers to eat the food they want is vital to us. Burger King wants to remain neutral and does not wish to impose any beliefs the company may hold.

We will introduce more meat options alongside our more popular chicken and beef burgers. This summer, dog and cat burgers will launch, followed by more exotic meat such as monkey, giraffe, and elephant later this year.

Our dog burgers are ethically sourced from Elwood’s Organic Dog Meat to alleviate customers’ concerns toward our dog meat.

Thousands of animal-lovers/meat-lovers have rallied at all Burger King restaurants across the country, as this new line of products goes against their own cultural beliefs. One told NBN: 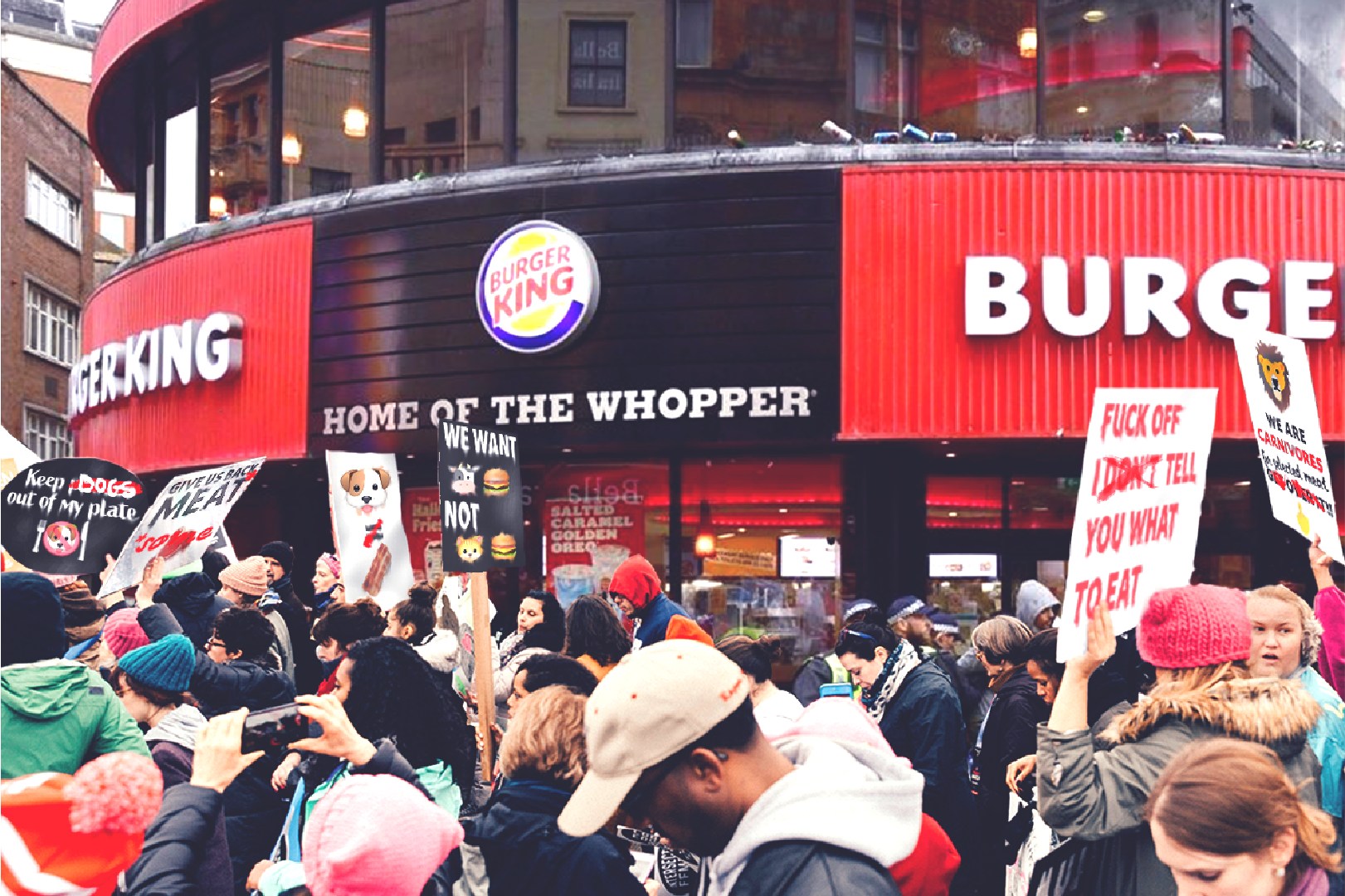 Burger King’s new product range is bonkers! We don’t eat cats and dogs in this country! All we want is beef, chicken and bacon. Leave the other animals alone. They haven’t done anything to us to deserve this.

Burger King may have to revert to their original line of products, even if it means imposing some cultural beliefs on what everybody can or cannot eat.

A body was found on a desert island. The body still hasn’t been identified. An autopsy has revealed that the man had tiny hairs under...

While documenting the treatment of animals on farms, activist Joey Carbstrong discovered a disturbing industry inspired by the very s...